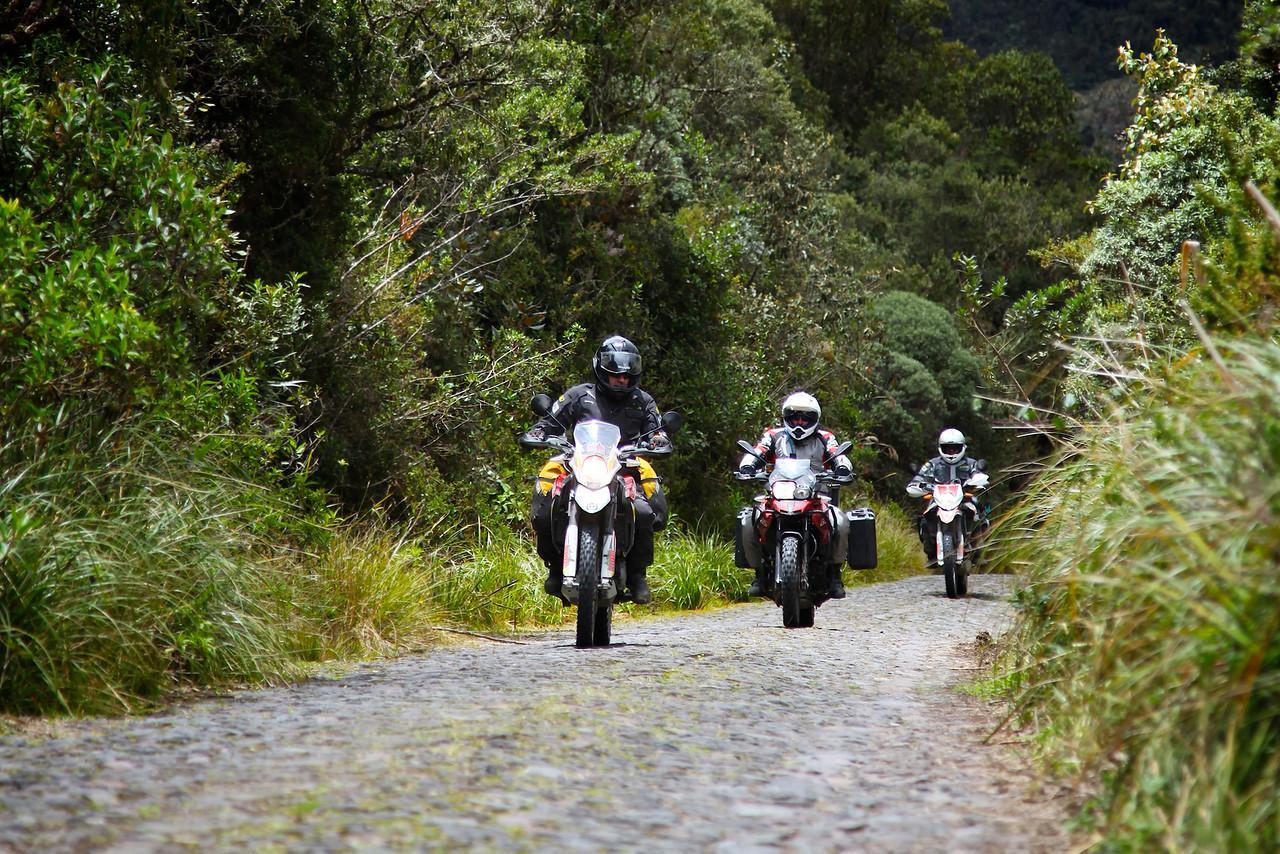 In Search of the Disappearing Inca Roads

In July of 2018, we had the pleasure of meeting Zach and his girlfriend Nicole - two adventuresome travelers who came to Ecuador in search of adventure.  They came to the right place - we provided them with two Yamaha XT250 's that are fully equipped for the adventure ahead of them. We provided them with detailed information and advised them on a route that would bring them to beautiful, remote areas of Ecuador and a chance to learn more about one of Ecuador's national treasures - its extensive network of cobbled roads that date back to Incan and pre-Incan times.

When they came back they published this article on Motorcyclist Online :

In Search Of The Disappearing Inca Roads

History’s most important roads have always been the bastard children of tourist attractions. These transportation antiquities have often shaped our human story, but of course they’ll never draw crowds quite like the churches, monuments, and Disneylands of the world. They’ve been forgotten about, left to erode away into the history books. Some have endured but face an uncertain future.

Over half a millennium ago the Incas constructed a 24,000-mile web of stonework that traversed the Andes Mountains and their expansive civilization, a vast area of land that covers six South American countries today. It was the key ingredient to their political, military, and religious influence during the height of their power. After their demise at the hands of the Spanish, the stone arteries of the Inca Empire began to disappear with each passing year. The remains can still be explored, and for a motorcyclist, these stretches of rideable history can easily become the main attraction and a source of self-reflection. No time machine required—for now.

“How are you feeling about everything?” I ask my girlfriend in the back seat of the cab, now on its way from the airport to downtown Quito, Ecuador’s capital. “Fine,” she quickly replies, never breaking eye contact with the vehicles weaving in and out of the morning traffic. The frequent barrage of car horns slowly dismantles our excitement, leaving in its place a palpable, nervous energy.

Less than 48 hours earlier, Nicole and I were on a flight en route to this small South American country. We had no plans, no accommodations, and no mode of transportation organized—motorcycles were only mentioned in passing as a wishful “wouldn’t it be cool” remark.

As the tires of our plane touched the tarmac, my phone returned to life with an email from Court Rand, a co-owner of Ecuador Freedom Bike Rental. It read, “Let's do something,” followed shortly by, “Did you want to ride paved or unpaved roads?”

It was the best email I received in months.

There were two small details Rand did not realize when he generously offered up a pair of motorcycles from his fleet: I had no experience riding in another country, and Nicole had no experience at all. Despite earning her license earlier this year, she had not yet ridden a bike on a public street before this trip. Her first time cruising on two wheels would be in a country where street signs barely exist and vehicles run the road on a looser set of rules.

Quito, a thriving metropolis of more than 2.6 million. If it were located in the US, it would be in the top five most-populated cities.

The taxi stops in front of a large gated courtyard surrounded on all sides by high-rises. A neon colored sign over the entryway reads “Adventure starts here.” And indeed it does.

Nicole and I make the rounds, introducing ourselves to the international fraternity that makes up Ecuador Freedom Bike Rental—a mixed bag of French, American, and local Ecuadorian guys (and one Canadian for good measure). The compound is an adventure-touring wonderland, the showroom overflowing with the greatest hits of modern ADV bikes—F and G series BMWs, Honda Africa Twins, Suzuki, Husqvarna, Triumph, KTM. You name it, Ecuador Freedom probably has it right here. Most of these machines are behemoth classics with enough horsepower and fancy features to get you around the world and then some. But that doesn’t interest us. Hidden away from lustful eyes, they keep the crown jewels of their collection in the back: two Yamaha XT250s, the smallest motorcycle in the house.

The resident Canadian, Andy, reassured us of our choice, “You can find people riding these bikes all around South America. You’ll have a good time. Just watch out for speed bumps.”

“They won’t have to worry about speeding on those little mopeds!” interjected one of the motorcycle guides from across the room.

The next two hours consist of contracts, instructional videos, route planning, gear fitting, and a final bike inspection. But these go by in a blur. An audience has gathered by the entrance to send us off. We mount the fully packed Yamahas and I glance back at Nicole. Her eyes are fixated straight ahead, her brain in overdrive trying to remember everything she was taught more than six months before. Few people forget their first ride, and Nicole would certainly be no exception.

We are immediately thrust into chaotic stop-and-start traffic as we make our way north out of Quito. This city is the poster child for modernization the Ecuadorian government has long yearned for. And it shows. The trappings of contemporary society are on every corner. Shopping malls and casual coffeehouses in every direction. In the first 10 minutes alone, we pass three clones of Colonel Sanders peering down at us, his sadistic, chicken-eating grin reveling in watching us navigate the foreign city streets. At a glance, Quito is almost indistinguishable from the metropolitan neighborhoods of America’s big cities, and I assume, for a second, the tourists, the business men, and Ecuador’s leadership prefer it that way.

With the stoplights behind us, we merge onto the Pan-American Highway, a legendary transcontinental network of roads bridging more than a dozen countries, totaling roughly 19,000 miles. It’s the spiritual successor of the road system constructed centuries ago by the Incas, connecting many of the same cities originally established during pre-Columbian time.