Bikem Akpul, an avid adventure and enduro rider from Turkey, has been riding since she was 10 years old. Despite her parents being unamused at their daughter’s airtime achievements at the local motocross track, Bikem continued to ride, eventually swapping light dirt bikes for a Yamaha Tenere XT660. "I don’t like how genders and species around the world are treated differently; I think the very fact that we’re here, on this beautiful planet, is pure coincidence, and I enjoy making solo trips and exploring the world on my own terms, “Bikem says. Working flexible hours at her family’s educational publishing business allows Bikem to travel as much as she chooses to. According to her, she has ridden in the Philippines, Mexico, and Iceland, and this year, it was time for a new adventure.

At first, Bikem had set her sights on Vietnam, but the beginning of the COVID-19 pandemic meant she needed to change her idea. "My initial plan was to explore Vietnam after having seen a documentary about the Son Doong cave, which is the biggest, most awe-evoking cave on Earth according to some. But then, the notorious Coronavirus decided to mutate, and the disease happened to originate in China. I thought Vietnam was too close to point zero, so I steered my thoughts towards Ecuador, “, Bikem explains.

She has always been fascinated by geography, diverse landscapes, and the magical inner workings of nature. Ecuador, with its incredible biodiversity, had been on her radar for quite some time now. „I have always wanted to explore Ecuador, and what better way to do it than from a saddle of a motorcycle?”, Bikem adds. 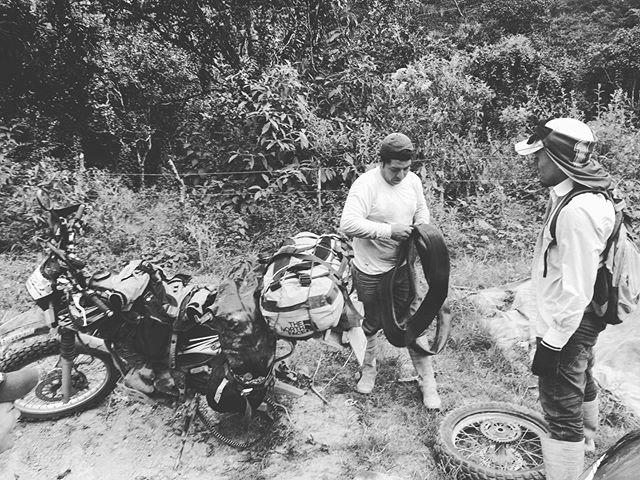 Adventures Off the Road

Bikem arrived in Ecuador in February and rented a Yamaha XT250 for a self-guided Ecuaduro Enduro 14-day tour at Ecuador Freedom, a local-based, American and French-owned motorcycle tour and rental company in Quito. “I chose the XT because I wanted something light and nimble for my tour – I was planning to ride a lot of dirt,” Bikem says.

She traveled over 2,200 kilometers on dirt trails staying away from big cities and crowds, and she says the trip made her forget there even was a pandemic in the world. “I was staying in dreamy lodges and hotels, and often, I was the only guest there. I did not even realize that the pandemic was going on being so overwhelmed by the beauty of the mountains. Ecuador is amazing because you get to ascend to 4000 meters from the sea level so easily, and being able to roam the Amazon, the Pacific coast, and the high passes of the Andes while riding around some of the most stupendous volcanoes on Earth I think is a real privilege”, Bikem tells us.

She experienced a few adventures along the way: her bike’s clutch cable went haywire, and Bikem needed to get some help from the locals. “Fortunately, when you rent a bike, Ecuador Freedom provides you with spares. All I needed to do was ride a few miles in the same gear until I found a local mechanic to help me change the cable. Ten days into my tour, I got a flat tire, but once again, there was a spare tube packed into my tool roll, and some friendly locals helped me fix the flat. I love how Court at Ecuador Freedom runs his shop: these guys will send you out well-prepared, with all the tools and spares you may need, plenty of recommendations, and some great pointers on what to see and where to stay”, Bikem says. 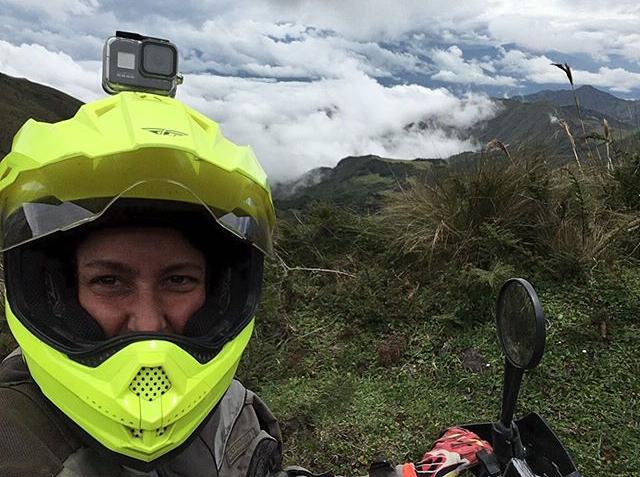 Magic at the Equator

For Bikem, the journey wasn’t just about the riding and the scenery. Ecuador is as culturally diverse as it is stunning, and Bikem found several unexpected discoveries on the way.

“I was on the equator facing Mount Cayambe, the only snow-covered peak on the equator. Looking at the sundial marking the equator,  I wondered why we look to the North in the Northern hemisphere to define a lot of things. When I was looking straight into the sun, I realized „North“ comes from the ancient word nerd, meaning „left“ – „left from the sun“... Things like that really change your perspective. Just because some favorable winds and knowledge helped some nations to exploit the people and nature of faraway lands, we take the North as the bearing, but it’s up to us how we see it now. I find it so fascinating to learn about these things; it just makes me feel alive seeing our beautiful planet from all angles possible”, Bikem shares.

After finishing her motorcycle journey around Ecuador, Bikem decided to visit the Galapagos islands as a finishing touch. “I found out that you could only see the Galapagos Islands taking a flight from mainland Ecuador, so I couldn’t afford to lose that chance and bought my tickets to the islands immediately. I felt like a visionary! It was the best ending to an already awesome life-changing trip“. 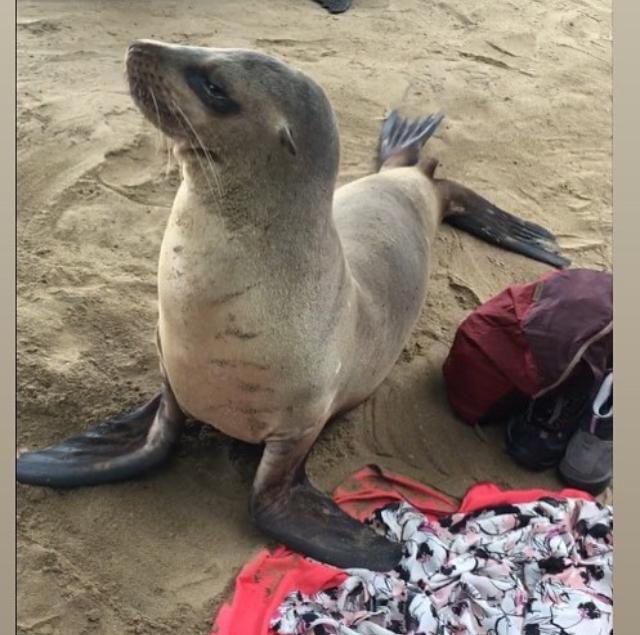 Ecuador Freedom is an award-winning motorcycle tour and rental company based in Quito, Ecuador. With a fleet of over fifty motorcycles, a solid team of tour guides, mechanics, and tour designers, and over a decade of experience working in Ecuador, Freedom provides boutique experiences and adventures off the beaten path. Ecuador is currently open to tourism, providing visitors to have a negative COVID-19 test, and the Freedom team is happy to accommodate all riding levels as well as both solo and group travel. Guided and self-guided tours are available, including motorcycle rentals. 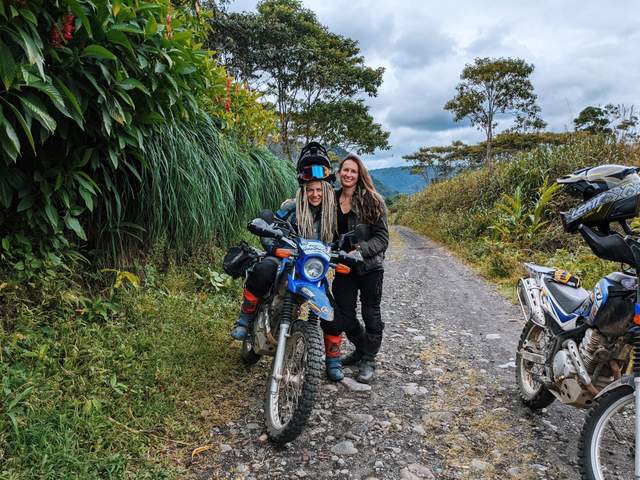 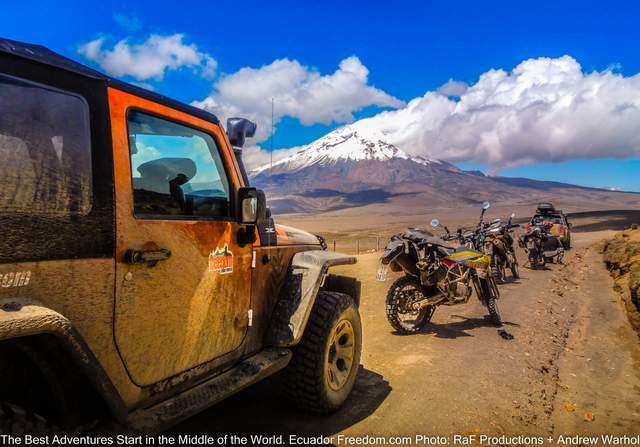 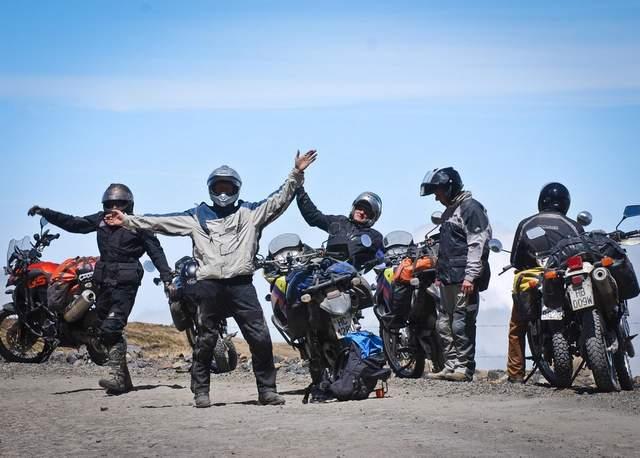 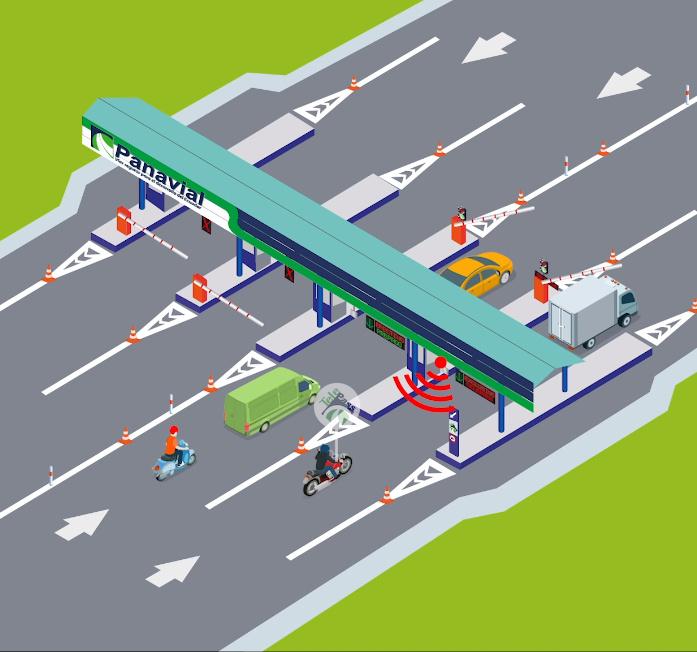